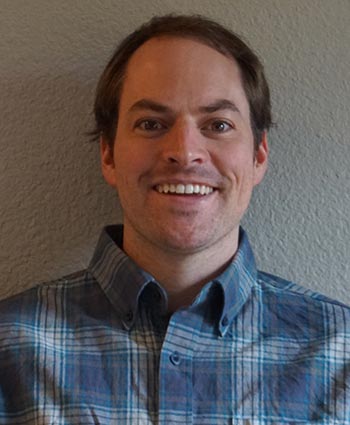 As a postdoctoral researcher at NREL, Trevor Martin is researching new polymers, interfacial chemistries, and materials for silicon anode batteries. He is also developing a new type of lithium-conducting polymer for solid-state batteries. Trevor is passionate about creating new materials, translating discoveries into viable technologies, and bridging the gap between science and business development. Also, he is excited to use data science and programming to improve chemistry research.

Trevor received his bachelor's degree in physics from the University of Chicago and subsequently began working with Jeffrey Elam at Argonne National Laboratory, where he implemented various atomic layer deposition methods to improve the performance of dye-sensitized solar cells.  Next, he moved to the University of Washington to pursue a doctorate in materials science and engineering under the guidance of Professor Christine Luscombe and Professor Hugh Hillhouse. His graduate research focused on developing novel chalcogen polymers for photonic nanomaterials applications and for fabricating low-cost, solution-processed photovoltaics. During this time, Trevor received an award from the American Chemical Society  and a University of Washington Clean Energy Institute Fellowship. After completing his doctoral studies, Trevor helped build a Seattle-based lithium-ion battery diagnostics startup company as chief science officer.

Disclaimer: Any opinions expressed on LinkedIn are the author’s own, made in his/her individual capacity, and do not necessarily reflect the views of NREL.

Evolution of Morphology and Composition during Annealing and Selenization in Solution-Processed Cu2ZnSn(S,Se)4, Chem. Mater. (2017)