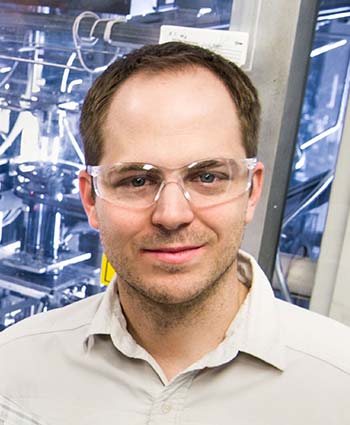 James L. Young is a scientist in the Electrosynthesis and Fuels Storage Science & Engineering group. He leads and contributes to projects in photoelectrochemistry (PEC), low-temperature water electrolysis, fuel cells, and electrochemical ammonia synthesis. Young received his bachelor's and doctorate degrees in materials science and engineering from the University of Illinois at Urbana-Champaign and the University of Colorado (CU)–Boulder, respectively. He was originally interested in semiconductors and solid-state electronic properties of materials, but also became inspired by electrochemistry as an undergraduate intern at NREL in 2010.

B.S., Materials Science and Engineering, University of Illinois at Urbana-Champaign

A Graded Catalytic-Protective Layer for an Efficient and Stable Water-Splitting Photocathode, Nature Energy (2017)