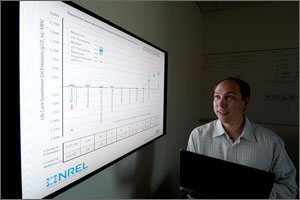 The question of which energy technologies generate the most greenhouse-gas emissions — cradle to grave — now has a more precise answer, thanks to a meta-analysis of life cycle assessment (LCA) studies done by the U.S. Department of Energy's (DOE) National Renewable Energy Laboratory (NREL).

The new, robust analysis weighed the emissions estimates per kilowatt-hour from raw materials, manufacturing, transportation, operation, and decommissioning to get the best apples-to-apples comparisons. Sure, during operation solar panels release virtually no emissions, versus the tons of greenhouse gas produced by a large coal plant. But what about the emissions generated from the manufacture of solar panels versus, say, the turbines required for coal- and wind-based energy?

The analysis found that from cradle to grave, coal-fired energy releases about 20 times as much greenhouse gas into the atmosphere per kilowatt-hour as solar energy. Wind and nuclear energy are on relative par with solar energy. Natural gas generation wasn't included in the final analysis but is generally assumed to emit about half as much greenhouse gas per kilowatt-hour as coal.

What's more, the "study of studies" narrowed the huge ranges of estimates sometimes as much as 90 percent, presenting a more reliable look at the likely greenhouse-gas emissions from different technologies. 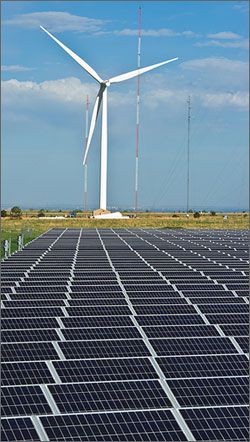 Lifetime greenhouse-gas emissions are an increasing concern for lawmakers and investors who must weigh the merits of a new coal-fired plant versus, say, a wind farm, and need to know not just the relative dollar costs but also the potential harm or benefits to the environment.

Until recently, emissions estimates ranged wildly, sometimes because vested interests had a stake in demonstrating that a certain technology's emissions were high or low. For instance, if decommissioning costs aren't included in a total-emissions estimate for nuclear energy or natural gas, those studies give artificially low figures.

NREL was seeing surprisingly high emissions numbers for concentrating solar power (CSP) plants, but deeper digging found that many studies combined the numbers from both CSP and natural gas when a utility used combustion of natural gas to supplement solar-energy generation. When the harmonization process allowed CSP emissions to stand on their own, the numbers plunged.

NREL looked at more than 2,000 studies across many generation technologies, applied quality controls, and greatly narrowed the range of estimates to reach reliable medians for greenhouse-gas emissions.

"This methodology allows you to arrive at a better precision, so you can say with more certainty that this is the benefit you get from using this technology rather than that technology," said NREL Senior Scientist Garvin Heath, who led the project. "Anyone who wants a true comparison of the greenhouse-gas costs should benefit from this."

Heath noted that today's decisions on new plants will still have ramifications decades from now. Owners and investors will need to know about greenhouse-gas emissions and their possible effect on the bottom line, while policy-makers need to know the long-term implications of greenhouse gas on climate.

Investors "need to be very forward looking," Heath said. A power plant is long lived, and its attributes and shortcomings are locked in for decades. That's why investors push for estimates of greenhouse-gas emissions before they invest.

President Obama's clean-energy standards require these estimates for each technology as a way to assign credits or discounts for building new plants. Credits, discounts, and the possible future price of carbon all figure heavily into decisions on which technology to choose.

"Analysts and decision-makers want a more robust sense or a narrower range of uncertainty to make the best decisions," Heath said. Until now, no one has tried to differentiate between low- and high-quality estimates in a comprehensive way.

Heath, Technology Systems and Sustainability Analysis Group Manager Margaret Mann, and their colleagues at NREL's Strategic Energy Analysis Center discovered that there is no shortage of reports and studies estimating the greenhouse-gas emissions of various energy technologies — in fact, there are hundreds for each — but they vary greatly in quality, consistency, and validity.

Narrowing these ranges of estimates is like hooking together a 1,000-piece jigsaw puzzle, or solving a devilish crossword.

Heath and his colleagues narrowed down the various studies to those meeting minimum thresholds for quality, relevance, and transparency. They looked upstream, making sure to include the materials that go into building a solar, wind, or coal plant. They examined in detail the emissions that occur when the plant is in operation. And they looked downstream: when a plant ceases to operate, what are the environmental costs of decommissioning it?

After harmonizing 397 LCA studies of greenhouse-gas emissions from photovoltaic (PV) projects, the study found a median of 45 grams of carbon dioxide emitted per kilowatt-hour of electricity generated. Just as important, the middle 50 percent of the range (75th minus 25th percentile) of differences narrowed — from 44–73 grams before the harmonization to 39–49 grams after the harmonization.

Nuclear energy was found to have a large range even after harmonization reduced the published range by 50 percent, to 4–110 grams. The median harmonized estimate for nuclear is 12 grams, very similar to that of many renewable technologies.

Concentrated solar power's medians were 26 grams for parabolic trough plants and 38 grams for power towers. Thanks to harmonization, the variability in estimates for CSP was reduced by 91 percent.

For wind, the harmonization study was able to narrow down the wide range of published estimates — 1.7–81 grams — to a harmonized range of 3–45 grams (a 47 percent reduction) and a more reliable median of 11 grams of carbon dioxide per kilowatt hour.

The Fine Art of Comparing Apples to Apples 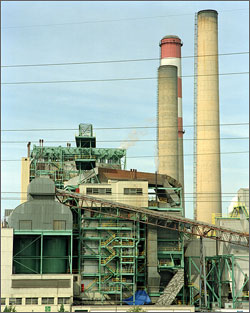 Greenhouse-gas emissions from coal-fired power plants, such as the Cherokee plant in Denver, Colorado, were compared to emissions from renewable generation in NREL's LCA Harmonization Project.
Credit: Warren Gretz

"We did a systematic review of the literature — not just peer-reviewed journals, but government reports, theses, reports from non-government organizations and private companies," Heath said. "We had to verify them all."

The team brought in experts from different disciplines, including technology experts, literature search experts, and experts in LCA.

"We screened for quality and for transparency, and we screened out the studies that were of older technologies that probably won't be going forward."

If a study didn't use sound methods, it was out. But if a good study lacked a particular variable — such as not considering decommissioning — the team used formulas to add in greenhouse-gas emissions from those activities so the otherwise-satisfactory study could be included.

"After our quantitative adjustments, each study included in the final analysis was consistent in the broad sense, if not in every detail," Heath said.

Harmonization studies help guide policy locally, statewide, and nationally. Lobbyists, lawmakers, and the cost-analysis community can all use the harmonization estimates as building blocks to make their own estimates for specific projects or to guide policy.

"They can get numbers to plug into their own models; they can use our literature to assess the climate impacts of transitioning to new forms of energy," Heath said.

Findings Appear in Special Edition of Journal of Industrial Ecology

The NREL method is being heralded as an important step forward in LCA studies that paints a clearer picture of the environmental penalties and benefits of different technologies.

NREL's findings appear in six articles and an editorial in the April special supplemental issue of the Journal of Industrial Ecology on Meta-Analysis of Life Cycle Assessments.

Also contributing to the findings were subcontractors and researchers from DOE's Brookhaven National Laboratory.

"This is great work," said Reid Lifset, editor of the Journal of Industrial Ecology. "Garvin and his crew have done something very important."

"As a society, we need to better understand what the effects of our energy choices are," Heath said. "Greenhouse gases and climate change are a part of the discussion. As we try to envision what our future energy system will look like, we need an accurate picture of what that transition will mean."

"The scope of these syntheses is staggering and provides real insight into what can be done with the burgeoning research literature in industrial ecology," Lifset said.

Peter Crane, Yale University's dean of Forestry and Environmental Studies, agreed: "The application of meta-analysis to life cycle assessment is an important advance. Decision-makers seeking to make greener choices need a way to make sense of the information that is coming at them so quickly now. This can help."

Heath added: "If we care about stabilizing our climate, we need to look at greenhouse gases. This study assembled the best available and most robust evidence. It helps us see the state of our planet, and it can help us make better decisions going forward."

Learn more about NREL's LCA Harmonization Project and download and visualize the numerical results and bibliographies on OpenEI.org.