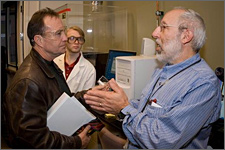 Two new solar technologies developed at NREL's National Center for Photovoltaics have been named among the past year’s most significant innovations by Research & Development (R&D) Magazine.

Known as "the Oscars of Invention," the R&D 100 Award showcases the 100 most significant new technologies commercialized worldwide. NREL has won a total of 42 of the awards, which the magazine has been presenting annually since 1969.

"These two technologies represent a new wave of breakthroughs in development of solar cells that will have a significant impact on the penetration of solar energy in the marketplace," NREL Director Dan Arvizu said.

"This is yet the latest example of how the Department of Energy and our national laboratories are continuing to demonstrate world-class leadership in innovation, as we enhance our energy security, national security and economic competiveness," Energy Secretary Samuel W. Bodman said. "On behalf of the department, I would like to congratulate all of our employees who have earned R&D 100 awards and in particular this year's winners."

One of the awards recognizes a breakthrough in solar cell design and performance. Known as the Inverted Metamorphic Multijunction Solar Cell, it had already had set a pair of world records for solar conversion efficiency when it was nominated. Recently it set a third world record with a solar conversion rate that exceeded 40%.

The ultra-light, highly efficient solar cell was developed at NREL and is being commercialized by Emcore Corp. of Albuquerque, N.M., in partnership with the Air Force Research Laboratories Space Vehicles Directorate at Kirtland Air Force Base in Albuquerque.

It represents a new class of solar cells with clear advantages in performance, engineering design, operation and cost. For decades, conventional cells have featured wafers of semiconducting materials with similar crystalline structure. Their performance and cost effectiveness is constrained by growing the cells in an upright configuration. Meanwhile, the cells are rigid, heavy and thick with a bottom layer made of germanium.

In the new method, the cell is grown upside down. These layers use high-energy materials with extremely high quality crystals, especially in the upper layers of the cell where most of the power is produced. Not all of the layers follow the lattice pattern of even atomic spacing. Instead, the cell includes a full range of atomic spacing, which allows for greater absorption and use of sunlight. The thick, rigid germanium layer is removed, reducing the cell's cost and 94% of its weight. By turning the conventional approach to cells on its head, the result is an ultra-light and flexible cell that also converts solar energy with record efficiency.

The new cell is a natural candidate for use for powering spacecraft and on-board instruments, perhaps by being incorporated into the satellite's very skin or unfurling a solar array like an awning. This would eliminate the need for conventional wing-shaped solar arrays with heavy metal frames and balky mechanical controls. Those same qualities also will open new commercial uses for solar power on Earth, especially in the solar concentrator market. 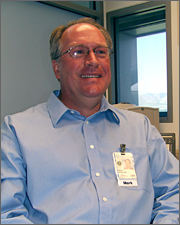 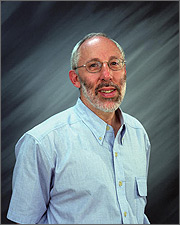 For the R&D 100 award, the principal scientist in the IMM solar cell's development is Dr. Mark Wanlass. During its development, it achieved two new solar cell efficiency records.

NREL's second R&D 100 award spotlights a new technology for manufacturing Hybrid CIGS, or thin film PV employing layers of copper indium gallium diselenide. Thin films may not achieve the outer limits of solar conversion efficiency enjoyed by crystalline silicon cells but their advantage is that they can be manufactured quickly and in large volumes using inks that cost a fraction of the cost of silicon.

NREL developed a method in which the hybrid CIGS cells are manufactured in layers by using ink-jet and ultrasonic technology to precisely apply metal-organic inks in separate layers directly into common building materials such as metal and glass. This will allow solar panels to be integrated into the building architecture to turn entire buildings into clean energy power plants.

This simpler, combined approach could create enough of the flexible PV film to integrate it with windows, roofing, facades and other structural components, turning entire buildings and other into small, self-sustaining power plants.