A monthly recap of the latest happenings at the Energy Systems Integration Facility and developments in energy systems integration (ESI) research at NREL and around the world. 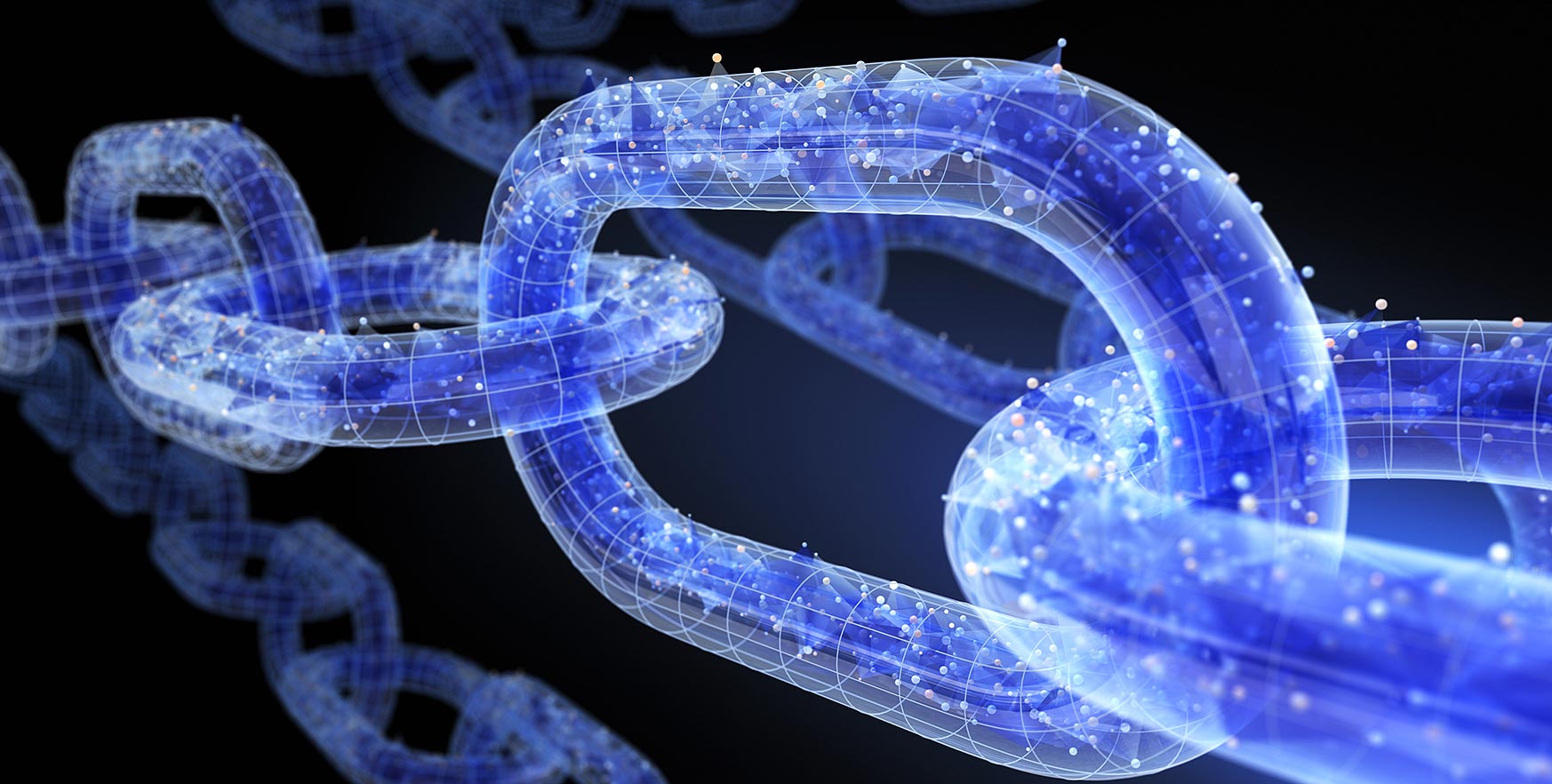 "I see it as more of an enabling technology," said Dylan Cutler, senior engineer at NREL and principal investigator of the project. "If we can show that blockchain can support large numbers of multilateral energy contracts, then the blockchain technology facilitates a whole new distributed market layer."

"With smarter homes or buildings, for example, consumers can essentially reshape their load to better match the market," said Cutler. "The vision is that blockchain will enable a more open market where pricing signals incentivize that matching and support a reliable and secure grid."

For this project, Cutler will use NREL’s home energy management system to test hardware responses for two consumers in a simplified blockchain market: one consumer selling their excess generation to the other according to an agreed-upon contract. This will be executed via BlockCypher’s Web services, with financial settlements on the Dash blockchain. Then, ideally the project will be scaled up to simulate utility interaction and multiple homes on a feeder.

Although NREL is starting the study on the Dash network, BlockCypher’s Web services support a blockchain agnostic solution that will set the work apart from other blockchain-based renewable energy projects that are being coordinated.

To learn more about the one-of-a-kind space that will house this project, visit the ESIF’s Smart Home and Building Systems research page.

Evaluate Your ADMS Performance at the ESIF

Researchers at the ESIF have developed a vendor-neutral advanced distributed management system (ADMS) evaluation platform and are expanding the platform’s capabilities. For low-cost, low-risk evaluation, utilities can use the platform at the ESIF to assess the performance of an ADMS that has been deployed or will be deployed. The platform uses actual grid-scale hardware, large-scale distribution system models, and advanced visualization to simulate real-world conditions. ESIF researchers are eager to partner with utilities that have an ADMS and operational question for NREL to address.

Learn more about this capability and the types of research questions that the ESIF ADMS evaluation platform can answer.

As a field of study, energy systems integration has no clear boundaries. Its research concerns nearly all the sciences, and its impact is felt across political and social divisions, making for an extensive complex system.

Dr. Mark O’Malley, a leading voice in ESI and a research fellow at NREL, sat down with us to offer his perspective on ESI—where it’s going and what it takes to get there. Read our Q&A with O’Malley to learn what ESI looks like from the top.

Cutting Through Clouds for Solar Forecasting: Research in Review

Forecasting solar radiation would be much easier without our atmosphere. Incoming radiation is scattered and absorbed by clouds, aerosols, and dust, causing a dynamic and difficult set of variables that influence forecasts. To predict solar conditions, utilities and power systems operators rely on radiative transfer models (RTM), which are typically complex and require long computation times. For an industry that depends on up-to-the-minute forecasts, long computation times are problematic.

When two NREL researchers, Yu Xie and Manajit Sengupta, set out to improve the speed of RTMs, they expected only modest improvements.

"We promised DOE it would be something like two times more efficient than the previous models," said Sengupta.

They made good on their promise: Their model, the Fast All-Sky Radiation Model for Solar Applications (FARMS) is 1,000 times faster than previous RTMs.

"We were really surprised. Our main concern was whether we would keep accuracy if we increased the speed this much. But we found that we did better. It was a success story for us."

Calculation times for FARMS are fast indeed, on the order of milliseconds. But this is for one pixel, or unit of volume in the Earth's atmosphere. Scale this up by a couple million to include the entire atmosphere between Canada and Brazil, and it becomes clear why the F in FARMS matters.

Given the model's success, it has already been integrated into the National Solar Radiation Database (NSRDB) and the National Center for Atmospheric Research's solar forecasting tool WRF-Solar. NREL's System Advisor Model, which uses the NSRDB to facilitate decision-making in the renewable energy industry, also benefits from FARMS. And follow-up research is in the works.

"The original FARMS only gives you one number—how much radiation is falling on an area. But PV panels use specific wavelengths," said Sengupta. "If you know the spectrum, you can do a better assessment of your plant, and costs of operation will go down."

Spectral sensitivity, as well as calculating solar irradiance over inclined surfaces (such as a PV panel tilted up from the ground), are features in the team's follow-up work, FARMS with Narrowband Irradiances over Tilted Surfaces (FARMS-NIT). Both developments will be especially useful to the PV community.

Manajit Sengupta is chief scientist of the Solar Measurement and Modeling group at NREL. To learn more about the program, visit their website.

On February 22–23, NREL’s cybersecurity expert Erfan Ibrahim will speak at the Council on Foreign Relations Workshop on Clean Energy Innovation in New York City. Participating in the session “Addressing Risks Arising from Digital Innovations in Energy,” Ibrahim will share a cybersecurity perspective on the opportunity for the United States to demonstrate leadership in clean energy by leveraging digital innovations.

The event is designed to explore the relationship between the increasing number of new clean energy technology companies and the growing presence of digital technologies. During the session on cybersecurity, speakers will address major cybersecurity risks posed by increasing digitization and interconnection to the electric grid, the potential of privacy vulnerabilities from the deployment of digital innovations in energy systems, and the potential economic and political implications from emerging digital innovations in clean energy. Learn more about the Council on Foreign Relations.

NREL’s Ilya Chernyakhovskiy and Barbara O'Neill traveled to Astana, Kazakhstan, on January 22 to meet with the Kazakhstan Electricity Grid Operating Company (KEGOC), a state-owned enterprise charged with maintaining the reliability and stability of the transmission system. The visit was coordinated as part of an NREL project for the U.S. Agency for International Development aimed at promoting greater use of renewables in Central Asia.

The visit provided KEGOC with a status update on a grid integration study currently underway by NREL, and it follows a previous visit in which ESI engineers suggested modifications to KEGOC’s grid interconnection code. At the January convening, a 2015 base case validation was reviewed as well as preliminary results for the first study year, 2020. The group also discussed which future scenarios and sensitivities would be useful to examine going forward.

KEGOC management had expressed some reliability concerns related to the flexibility and balancing available in its system, especially in the context of the aggressive targets for renewable energy set by policymakers in the government: 10% renewable energy by 2030. After the successful daylong meeting, however, KEGOC was hopeful about optimizing system operations to accommodate more renewables.

As part of a four-session Institute of Electrical and Electronics Engineers (IEEE) Smart Grid Tutorial, NREL's David Narang copresented an 80-minute summary of revisions to the IEEE 1547 standard. Since 2014, when the first amendment to IEEE 1547 was introduced, NREL has been leading a full revision of the distributed energy resources (DERs) standards document.

IEEE 1547 was published in 2003 to specify the criteria and requirements for the interconnection of DERs. With advancements in technology and increasing amounts of DERs, there has been a growing need to update the standards presented in IEEE 1547. Narang, principal engineer at NREL and chair of the IEEE 1547 revision, has been at the front of this push.

At the first of the tutorial's sessions on January 18, Narang presented an online tutorial of the revision's history, covering the need and benefits, summary of changes, and timeline moving forward. The remaining three sessions discussed new and updated requirements of the revision.

To learn more about NREL's contributions to the IEEE 1547 revisions, check out the Grid Standards and Codes research page.

The projects evaluated in the review constituted the foundational projects, which are defined as larger, multi-lab, holistic projects that receive support from multiple DOE offices. Each project was given a rank from 1 to 10 in specific technology categories, such as Security and Resilience or Institutional Support. Results from the peer review were instrumental in providing guidance for decision-making and for determining future funding opportunities.

An NREL analysis of variable renewable energy (VRE) deployments in South Africa concluded that significant cost savings could be achieved if South Africa added up to 100 GW of VRE by 2035. The report determined that a higher proportion of wind capacity than solar PV capacity would result in optimal savings. If South Africa were to act according to the report, 60% of their total annual electrical energy would be supplied by wind and PV.

The study was authored by Erol Chartan, Tim Reber, and Gregory Brinkman, and it was reviewed in South Africa’s Engineering News. You can read the full story here and the original paper here.

Preparing to Plug-in: Studying Effects of Electric Vehicles on the Grid

Hundreds of thousands of new plug-in electric vehicles (PEVs) will hit the road in 2018, adding to the more than 2 million that are already on the road worldwide. The rapid growth in PEV deployment signals a shift toward a more sustainable transportation sector, but how ready is the grid?

In a recent Nature Energy paper, Matteo Muratori, a transportation and energy systems engineer at NREL, modeled the effects that PEV charging will have on the grid for a range of market adoption and charging options. Specifically, Muratori explored how uncoordinated PEV charging will impact residential power demand, a topic that prior research had not fully explored. Previous studies assumed that PEVs will be charged in a coordinated—or “smart”—fashion, mainly during off-peak hours, but what happens when PEV drivers are less “smart”?

Results show that clustering effects in vehicle adoption combined with uncoordinated charging will significantly increase the peak demand seen by distribution transformers and might require upgrades to the electricity distribution infrastructure. Muratori concluded that further research is required to better understand consumer behavior and prepare for the integration of PEVs.

To learn more about Muratori's work, read our news release on the research, and read the Nature Energy paper here.

Stay Tuned for This Month’s Call for High Impact Projects

In February, the ESIF will announce its Call for High Impact Projects for Fiscal Year 2019. Stay tuned for a follow-up announcement from NREL’s Energy Systems Integration Newsletter and keep an eye on our User Access page for more information. For questions, please contact userprogram.esif@nrel.gov.

NREL researchers Adarsh Nagarajan and Michael Coddington investigated pubinvestindfadfdthe impact that DERs have on voltage regulation in a recent paper titled “Studies on the Effects of High Renewable Penetrations on Driving Point Impedance and Voltage Regulator Performance.” The study was performed in cooperation with Sacramento Municipal Utility District to help the utility understand the impact of PV generation on voltage regulation.

Before DERs were introduced, power flow was predictable: substations distribute power to loads, with peaks in the afternoons and evenings and dips during nighttime. However, reverse power flows have become common with growing penetrations of renewable generation, forcing a change in operational expectations.  Among these expectations is voltage regulation, which functions well in the classic case but is less understood in instances of power flow from weaker or equal sources, such as PV generators.

The publication is available online, and to learn more about ESI research in renewable electricity-to-grid integration, visit here.