NREL examines how interfacial chemistry and microenvironments affect the thermodynamics and kinetics of charge separation and redox properties at (photo)electrocatalyst-electrolyte interfaces of semiconductors.

The goal is to understand how surface modification, phase, defects, surface (re)construction, and co-catalysts in semiconductor-electrolyte systems influence behavior under realistic conditions. 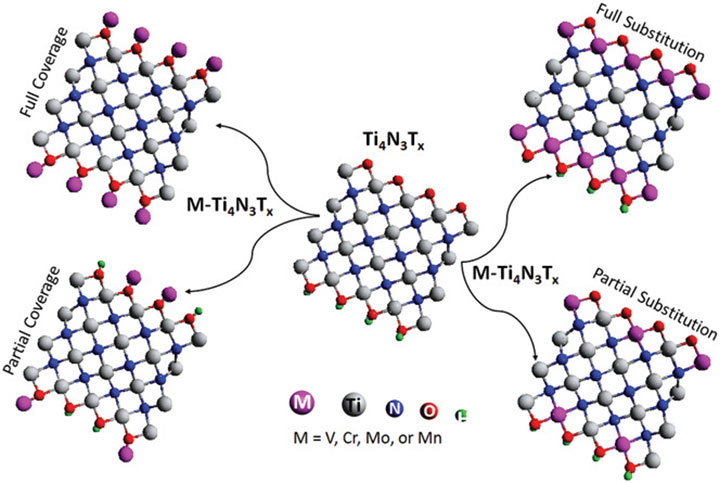 Hydrogen evolution reaction activity results from the transition metal ions comprising the outer layer of the basal plane in MXenes, which is distinct from other 2D materials such as transition metal dichalcogenides where the catalytically active transition metals are only exposed on the edges.

There is much debate in the community surrounding whether MXenes are intrinsically metals or can exhibit semiconducting properties, and this report conclusively demonstrates the latter.

Scanning electrochemical microscopy data showed the first experimental evidence that MXenes exhibit hydrogen evolution reactionactivity from their basal planes, the large area "flat" part of the 2D structure. Additionally, scanning electrochemical microscopy provided evidence for semiconducting behavior, which represents only a handful of reports showing that MXenes can be semiconducting in addition to metallic.