NREL has won 72 R&D 100 Awards. Widely recognized as the Oscars of Innovation, the R&D 100 Awards are presented by R&D Magazine to identify and celebrate the top technological advances of the year. 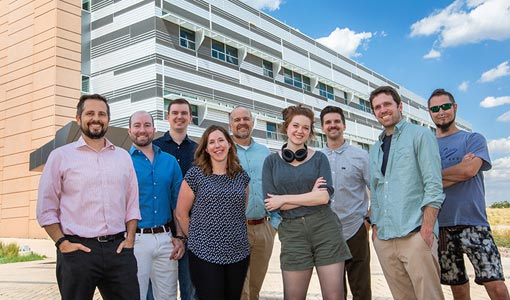 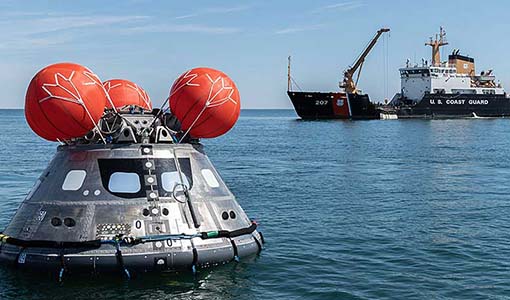 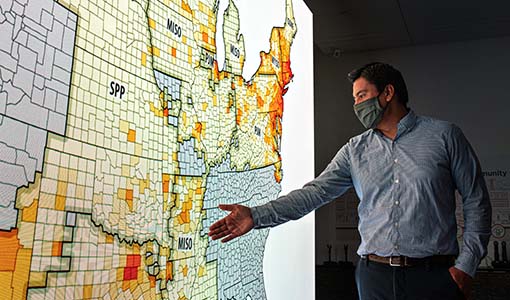 dGenTM is an open-source software that simulates customer adoption of distributed energy resources through 2050. Used by government and grid-planning organizations to predict future energy systems at high spatial resolution and under diverse scenarios, dGen is an engine for equitably and cost-effectively integrating more distributed energy resources. 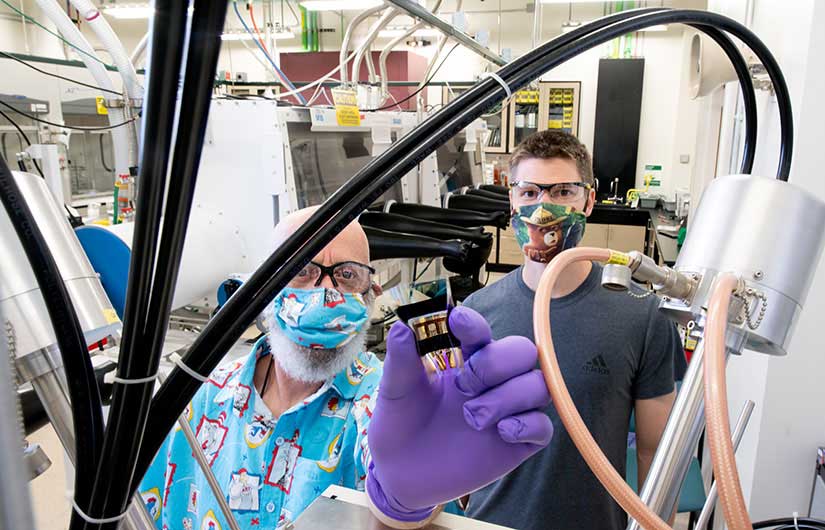 Dimethylammonium-Containing Wide-Bandgap Perovskites are high-performance tandem solar cells that could allow vehicles to be powered directly by photovoltaics (PV). As the technology matures, the research could also enable the use of portable or wearable PV devices. 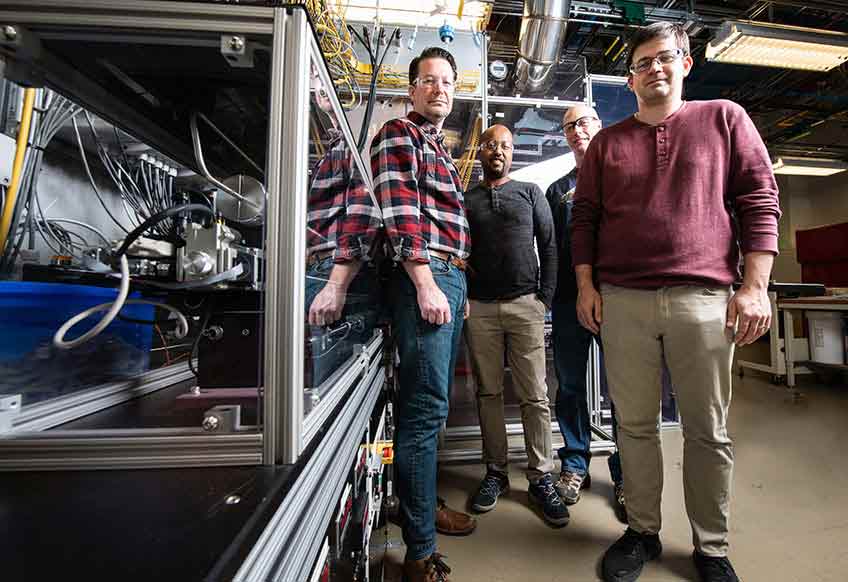 This process provides a means to bring high-priced, high-efficiency solar technology now used in the space program down to Earth at a reasonable cost. The dynamic hydride vapor phase epitaxy process removes key barriers to the mass production of III-V semiconductors. 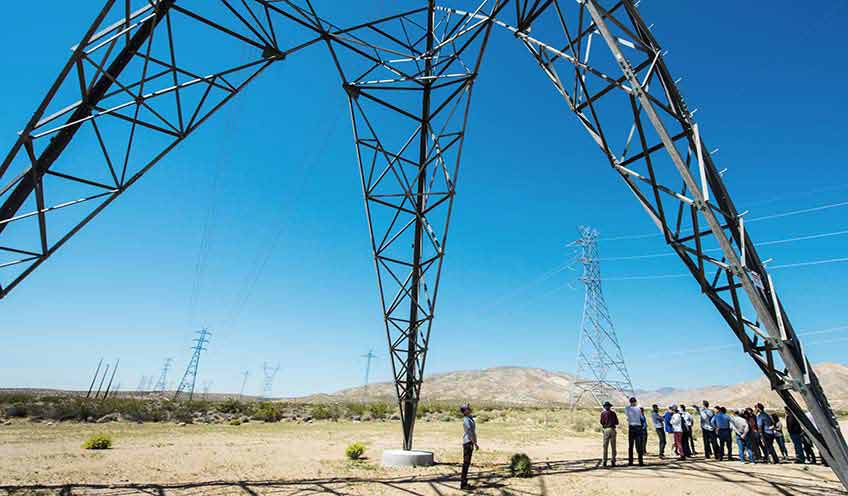 This free, open-access tool empowers users to explore least-cost pathways for large-scale power sector transformation. The Regional Energy Deployment System allows users to examine the interactions among policy, technology, economics, and the environment when integrating renewables into the grid from now through 2050. 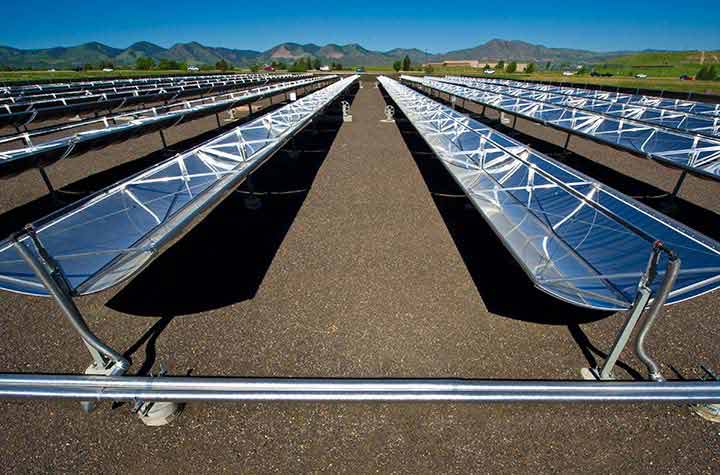 PREconfiguring and Controlling Inverter SEt-points, or PRECISE, is a tool that allows utilities to identify optimal inverter modes and settings and maximizes the cost-effective use of installed solar systems.

ResStock is a building analysis tool that allows states, municipalities, utilities, and manufacturers to identify which home improvements save the most energy and money.

foreseeTM Energy Management System relies on user preferences to control and coordinate a home's connected appliances and electronics. It asks users to rank what's most important to them about living in their home and automatically adjusts the operation and scheduling of the devices accordingly.

Acrylonitrile through nitrilation is a renewable method to make carbon fiber that provides a cleaner process to produce acrylonitrile, a building block for carbon fiber. Biomass replaces petrochemicals as the starting point, making the process renewable. More than 7 billion kilograms of acrylonitrile are produced globally each year for use in such products as clothes and carpets.

EcoSnap-AC Heat Pump System is an alternative to window-mounted air conditioning units that is quieter, more energy efficient, heats and cools, doesn't jeopardize home security, is easy to install, and can be left in place year-round.

The High-Temperature, Wide Bandgap Underhood Inverter is a traction drive for electric vehicles that could significantly boost their adoption by consumers. Wolfspeed, the company behind the inverter, partnered with NREL and Toyota to ensure that the technology is adoptable for implementation into vehicle applications.

Producing Bioethylene via Cyanobacteria: Makes bioethylene from cyanobacteria without the traditional use of petroleum while decreasing the amount of carbon dioxide emitted during production

Image Processing Occupancy Sensor: Combines an inexpensive camera with computer vision algorithms that can recognize the presence of human occupants

Mono-Crystalline Solar Cells: Allows for a greater percentage of incoming sunlight to be converted to electricity relative to conventional crystalline solar cells

Innovalight Silicon Ink Process: The first liquid silicon sold in the marketplace for use in solar cells

Flash Quantum Efficiency System for Solar Cells: A way to assess the quality of solar cells at a speed that is about 1,000 times faster than previous methods

Optical Cavity Furnace: A system that increases the efficiency of solar cells by 3%-4% by uniformly heating crystalline solar cells and semiconductor materials

Ultra-Accelerated Weathering System: A multifaceted ultraviolet solar concentrator used to speed up the exposure of coatings, paints, and other materials to determine their durability and resistance to weathering

TREAT with SUNREL Energy Analysis Software: A tool that makes it much easier for building professionals to perform accurate energy audits and reduce the impact of building energy use on the environment

Enzymatic Hydrolysis of Biomass Cellulose to Sugars: An enzymatic hydrolysis technology that inexpensively breaks down the cellulose fraction of lignocellulosic biomass to sugars

PowerView Semi-Transparent Photovoltaic Module: A semi-transparent solar module that can be used in lieu of architectural glass for many applications

Current-Interrupt Charging Algorithm for Lead-Acid Batteries: A simple approach for recharging lead-acid batteries that extends the cycle life of the batteries by 300%–400%

Triple-Junction Terrestrial Concentrator Solar Cell: A solar cell that generates a lot of energy from just a very little amount of material

North Wind 100/20 Wind Turbine: A state-of-the-art wind turbine that is ideal for extreme cold conditions perfect for remote locations that may be off-grid or local-grid

Real-Time Biomass Analysis: A portable system that employs a laser and a spectrometer to quickly and inexpensively determine the chemical composition and the mechanical properties of wood

"Vermont" High-Throughput Gasifier: Turns wood chips into a clean gas for use in fuel cells or gas turbines to produce electricity

Chemical Production from Biologically Derived Succinic Acid: Derived from corn syrup (instead of petroleum), this acid is used to make clothes, paints, inks, plastics, and polymers.

Variable-Conductance Insulation Catalytic Converter: A great idea for clean air, this catalytic converter can be used on cars, small trucks, and SUVs to enable them to more than meet EPA's stringent new requirements for emissions.

Ethanol from Corn Fiber: A process that enables the conversion of the carbohydrate portion of corn to ethanol fuel

Atomic Processing Microscope: This microscope enables the manipulation of single atoms and allows the properties of materials to be altered on a nanoscale.

Compact Vacuum Insulation: Very thin material providing extremely high insulation for use in refrigeration, walls, floors anything that needs to be kept warm or cold

Cadmium Telluride Photovoltaic Modules: The first large-size devices to be made from this new thin-film material, which promises to help drop the cost of solar electricity

Advanced Wind Turbine Blades: Wind blade designs that have become the industry standard and that produce up to 30% more electricity than previous designs

Inexpensive Phenol Replacements from Biomass: A process that converts wood chips, sawdust, and bark into an oil for making plastics, glues, insulation, fuels, and chemicals

Spectroscopic Scanning Tunneling Microscope: At forefront of nanotechnology, this instrument characterizes electro-optical materials down to the atomic scale

Copper Indium Diselenide Solar Cell: The first solar cell to use very thin films (less than the thickness of a human hair) of a promising semiconductor material

Flash-Evaporation Method/Apparatus (Spout Evaporator): An inexpensive and efficient way to evaporate water to steam, which drives a turbine to generate electricity

Oxygen High-Pressure Gasifier: Uses heat, oxygen, and pressure to turn wood and waste into a gas for generating electricity and heat